Polly’s second house blend has been named Ruth after the drama-filled process of her creation. Ruth is a blend of barrel-aged vodka and Connemara peated Irish whiskey. The vodka was then barrel aged for 5 weeks, blended with the whiskey and bottle conditioned for 4 weeks. The resulting nose is charred oak, fennel and sweet apricot.

Taste: the peat smoke from the whiskey has been almost entirely converted to charcoal and charred oak; the body is oily, smoked, caramelised fruit, with a salty dry finish.

About the real Ruth:

The second of Polly’s house blend has again been named after one of the famous Ziegfeld Follies – Ruth Etting. Ruth had an interesting upbringing, coming to the big smoke to find her fortune. During her career she recorded many of the ‘American Sweetheart Songs’ however it was her personal life that attracted more attention then wanted including well-documented threats, a shooting and a court case. This interesting web of events characterises the complexity of Polly’s Ruth well. 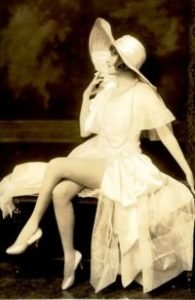